The largest mall in the US is coming to Miami, and it will have a massive indoor water park and ice rink

The largest mall in the US — called the American Dream — is officially coming to Miami, Florida.

Spanning 6 million square feet, the $4 billion retail and entertainment complex will be about twice the size of the nation's current largest mall, the King of Prussia Mall in Montgomery County, Pennsylvania.

The American Dream Miami's developers, Triple Five Group, are also behind the Mall of America in Minneapolis, Minnesota, according to The Miami Herald.

Set to be located on undeveloped land off the Florida Turnpike, the American Dream Miami will look more like an amusement park than a traditional, dumbbell-shaped mall. The complex will feature a water park with a giant indoor pool, an indoor ice rink, an artificial ski slope, "submarine" rides, dozens of restaurants, and up to 1,200 stores.

The project doesn't have a set timeline yet.

A rendering of the water park at the American Dream Mall in Miami, Florida. Triple Five Group

Triple Five anticipates that 30 million people will visit the property each year. That's about 10 million fewer visitors than the Mall of America, which generates nearly $2 billion annually for Minnesota, according to the developers.

The new project has received some pushback. A number of existing malls in Miami argue that the city, which already has a saturated retail market, doesn't need another mall (especially of this scale).

Some Miami locals also have concerns regarding the development's potential water and energy use and impact on the city's stormwater system. During a meeting of the Miami-Dade County Commission on May 17, Miami resident Megan Sorbo called the project "an environmental abomination," according to the Herald. Environmentalists from the Sierra Club noted that the mega-mall will be in a low-lying area of Miami, putting the development at greater risk of flooding as well.

While Triple Five has received approval from the city, it still needs a series of permits, additional financing, and a proposal for stormwater runoff infrastructure.

As the American Dream Miami moves forward, hundreds of malls and thousands of mall-based stores — from Claire's to Sears— have closedin the past two decades across the US. According to retail analysts, many more may close within the next 10 years, due largely to the rise of online shopping and changing consumer habits.

Miami's new complex could provide a more viable model for struggling malls and malls of the future. Unlike traditional suburban centers, the American Dream Miami focuses on experiential attractions, with the water park and ice rink to reside in the atrium. The project fits into the genre of "destination malls," which are often located near urban centers and attract visitors from the entire region rather than only people who live nearby.

A rendering of the indoor ice rink at the American Dream Mall in Miami, Florida. Triple Five Group

In a previous interview with Business Insider, David Smiley, the assistant director of Columbia University's Urban Design graduate program, said that destination malls can be more profitable to developers than normal malls.

"The emergence of entertainment as part of the shopping mall is becoming very important," he said. "It keeps people in the center longer. And even if they weren't going to shop for something, they get lured in."

A rendering of the indoor ski area at the American Dream Mall in Miami, Florida. Triple Five Group

For example, in 2012 and 2013, the Carousel Center in Syracuse, New York re-branded as Destiny USA, and added higher-end restaurants, IMAX screens, an arcade, and indoor go-carting and obstacle courses. According to the mall, the 2.4-million-square-foot complex draws around 29 million people (both from the US and Canada) every year.

Triple Five is working on another destination mall in New Jersey, too. The complex, called American Dream Meadowlands, will include a Nickelodeon theme park (similar to the one at the Mall of America). It's set to open in 2019. 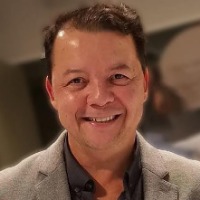 Having the right real estate agent means having an agent who is committed to helping you buy or sell your home.....

Where can you afford to rent or buy in South Florida? This tool will show you

BY AARON ALBRIGHT AND RENE RODRIGUEZJUNE 5, 2019 06:00 AMRenting or buying in South Florida is notoriously expensive when compared with local wages. The Miami Herald’s interactive

The latest existing home sales figures for Miami-Dade and Broward counties will be released Thursday by the Miami Realtors Association. But brokerage company RE/MAX already has released a preview

The largest mall in the US is coming to Miami, and it will have a massive indoor water park and ice rink

Miami will build a $4 billion mega-mall called the American Dream.It will be the largest mall in the US.The project, considered a "destination mall," could provide a more profitable model for other

By registering, you agree to our terms of use and that real estate professionals and lenders may call/text you about your inquiry, which may involve use of automated means and prerecorded/artificial voices. You don't need to consent as a condition of buying any property, goods or services. Messages/data rates may apply.